What is Reiki Healing?

Reiki is the energy that is sustaining all life, it is flowing through every one of us, even though we might not be aware of it. 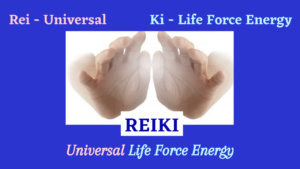 Reiki is a commonly used word in Japan for healing work and is not exclusive to the healing method of Dr Usui’s method. The system of healing that was adapted from Dr. Usui’s method is called the Usui system off Natural Healing or Usui Shiki Ryoho. It is a type of Reiki.

Since neither Dr. Usui nor Dr. Hayashi have provided instruction about Reiki, the source of information on the Usui system of Reiki comes from the oral instructions of Mrs. Takata to her students.

The Usui System of Natural Healing has undergone changes over time. In its current state, it is much more organized & structured than the simple, flexible, intuitive method practiced by Dr. Usui. In the following sentences I am trying to cover the evolution of this system of Reiki and how it evolved.

During this mystical experience on Mount Kori-yama, Dr. Usui received the ability to do Reiki treatments, the Reiki symbols & the ability to pass Reiki on to others. Later he added the Reiki ideals & the idea that one needs to receive compensation for a treatment Dr. Hayashi added the standard hand positions, the three degree & their attunement processes. Mrs. Takata added the fee structure. The waiting period required between classes got added by members of the Reiki Alliance after Mrs. Takata passed onto Phyllis Furumoto and has stated that the system will undergo further changes and evolve going forward.

Few teachers who continued started making changes to the way Reiki has been taught after the transition from Mrs. Takata. Most of the changes were beneficial, & include the addition of knowledge & healing skills the teachers had learned from other systems or had acquired from inner guidance. Some of the changes that were brought in became restrictive and students faced difficulty in the progress. Some took the Third Degree & divided it into several small parts, calling each new Degree & charging additional money.

The fact that the Usui System has been modified was not mentioned and the students took it for granted that what they have learnt and are teaching to their students is an authentic version which is not the case. With these changes, varities of Reiki was being taught and what is taught was thought as authentic version of Reiki but instead it was modified forms of the Original Reiki.

Following are the Reiki principles to be followed by all Reiki practioners. 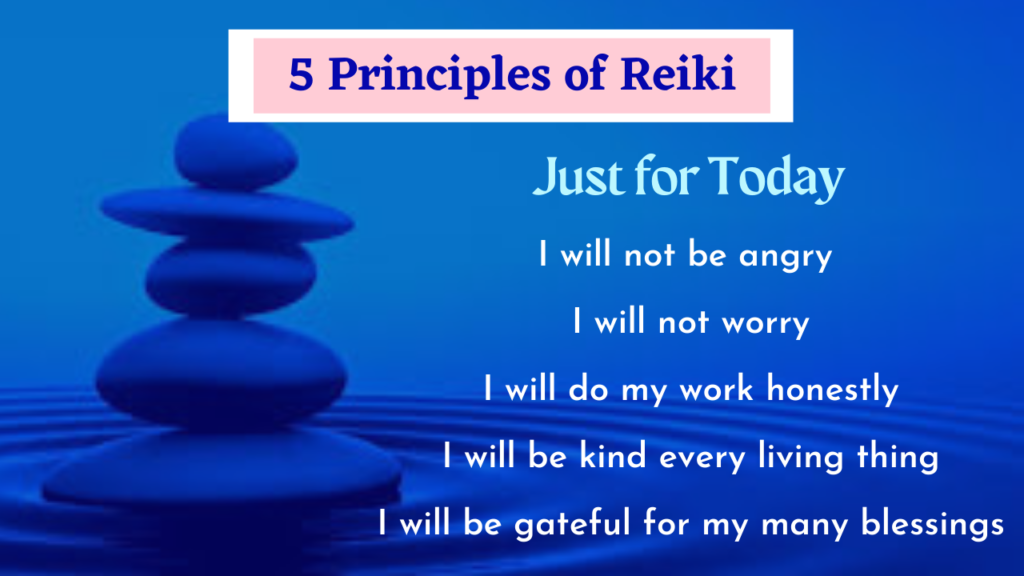 How does Reiki work

Medicines being physical in nature work only on the physical body & remove the symptoms. So they give only symptomatic relief but the cause for any chronic diseases is in the deeper layers of the auric field where the medicines can’t penetrate. So any chronic condition can’t be cured by the medicines. It is like a roof is leaking & the floor becomes wet. We go on sweeping the floor. Sweeping the floor 10 times or 100 times or even 1000 times is not the solution.

The solution lies in looking up to find out where the cause, & going to the roof top, doing the plastering & then the curing for 21days or whatsoever. That is the permanent solution for the problem. 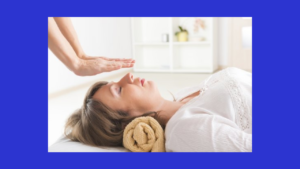 That is what we do in Reiki treatment. It goes to the roof top, does the plastering & curing. It goes to the energy field where the negative energy is & removes it, thereby giving you the cure for your problem.

Medically also we say that more than 90% of the diseases / disorders are psychosomatic in nature. Psycho means mind, Soma means physical body. That means everything coming from mind to the physical body. So the message is always to try to have positive thoughts on your mind. Like being cheerful, optimistic about everything in life & avoid all negative emotions like anger, jealousy, grudge, fear etc. do it, say for 2-3 months & months & changes in your health & happiness will convince you how this works for you.

In Reiki Seminars, you learn to how to purify this aura, how to expand this aura & how to protect this aura. Nothing more & nothing less. When you do this, health, happiness, & prosperity (the 3 things that any human addict across the world wants) come to you automatically, without your struggling for them.

There are many healing systems available to mankind today. All of them are good, but REIKI, in my opinion, is by far the simplest (I don’t have any doubt about it) & also a very effective one.

With higher levels of Reiki you can treat not only chronic problems but also the problems which are called as genetic or what in Reiki circles are called as Karmic.

What are Reiki symbols

Reiki symbols are sacred & secret. Keeping them confidential is part of the Reiki tradition. They are only revealed to those who have taken second degree Reiki & received the attunement to empower them. Having said that, their nature, purpose & usage can be discussed without violating this trust.

How to learn Reiki

Reiki can be learnt with the help of a traditional Reiki Master by getting attunement / initiation. After the attunement, the student goes through a cleansing process and by practising the treatment, meditation and shielding methods would be able to treat self and others. With higher levels of Reiki the practioner would be able to learn and get attuned to the Reiki Symbols using which deeper levels of the problems/issues can be addressed. The practioner can also heal people in their presence as well as at a distance with higher levels of Reiki.

Reiki is considered intelligent with the right intention can be used to heals not only physical problems but also psychological, emotional, financial and many other issues.

Reiki has tremendous application which can be learnt from a Reiki Master.